Statistics show that the average homeowner sells their home every five to seven years. Why? Don’t most people purchase a house with the intent to stay there much longer than that? People sometimes stay in a specific rental for two to three years. So why sell so suddenly? Well, there are a variety of reasons.

The most common reason for selling is the basic need for a larger home. Many homes that are purchased are by new families as a “starter home.” It is simply meant to transition from renting to owning a home. It is not the place that they plan to spend their life in. It is where they plan to live until they reach more of their goals in terms of a growing family and career. After which point, they need more space. 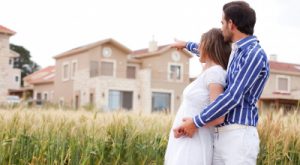 Sometimes, a person simply just feels like moving. They loved the home when they bought it, and are sick of it. People grow tired of things after a while, and homes are no different. Perhaps they look around and see a bunch of things they’d like to change, and realize that it might make more sense to just sell.

Other times, the person regretted the initial purchase after the fact. They thought they could live with a 5 bed 2 bath and now realize that they do in fact need a more practical number of bathrooms in the home to meet their needs. Maybe at the time they wanted a tennis court, but now, they don’t want the upkeep anymore.

Relocation is a big reason for selling a home. No one buys a home saying “hopefully my boss will tell me I need to move across the country next year.” Things come up. While they may love their house, they won’t be able to own any house without a job, so they sell. Or, they’ve grown tired of the daily commute to and from work, if the house they purchased was far away. 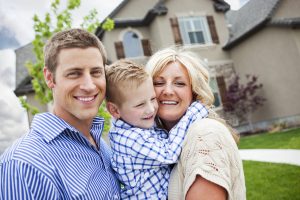 Relationships, sadly, are another big reason for moves. Some couples even buy homes together before they get married. In this case, one of them is typically forced to sell if they are unable to buy out the other. Not many ex partners are into leaving the house to the other as a parting gift, or sweet gesture. Someone is going to have to pay if they want it. If not, both need to move. If the relationship was a marriage, the spouses tend to question their lifestyle after children are grown, if there are any present. If so, they may not want all of the extra space. Homes cost a lot to maintain and clean.

Another large reason for moving is the neighborhood. People tend to buy homes based on where they are. If the neighborhood has become dangerous over the years, they’re likely going to sell. No one wants to live in a crime-ridden area if they can afford not to. Health scares, medical issues, retirement, family dynamics. Anything can happen, and there are hundreds of reasons that people sell their homes. Whether it be the reasons listed above, or others, sometimes life calls for a change.

Get A Fast Cash Offer Today – Click The Button Below